Situated on a 2.1 acre parcel along Colorado Avenue between Cloverfield Boulevard and 20th Street, Colorado Campus is a 92,000-square-foot office complex with four separate industrial buildings originally constructed in the mid-1940s. Morley was tasked with repurposing three of the four existing buildings, prioritizing the preservation of the structures’ original industrial character. The scope of work spanned 60,0000 square feet and included partial demolition and new construction expansion. Morley also self-performed all the concrete, drywall, and rough carpentry on the project.

The buildings were selectively demolished to allow for construction of a subgrade parking structure below one of the existing buildings. Morley worked with House & Robertson Architects on the 28,000-square-foot garage, which features 76 fully valet parking stackers providing space for 152 cars. To allow the development to be considered a renovation, portions of the walls above were retained adjacent to the new parking structure, with limited new floor area added to the site. The on-grade space above the garage was transformed into a landscaped courtyard for both private and common use and acts as the central feature of the campus.

The rough carpentry, self-performed by Morley Builders, consisted of installation of architectural exposed beams and joists on structural steel columns, as well as interior and exterior wall framing, inclusive of seismic retrofit of existing buildings and facades. Framing included multiple different connection types, elevations, beam sizes, and a roof supported by cantilevered beams with a two-directional slope that serves as the focal point of the exterior architecture.

The project features extensive use of industrial materials including new exterior walls with plaster, wood, and bonderized sheet metal finishes. Exposed wood ceilings and concrete floors comprise the buildings’ interior. The existing facades were preserved and enhanced, including the brick walls and wood framed roofs which were sandblasted to bring back the natural texture and color of the material. Several existing steel windows were kept, and in the areas of new construction new custom steel glazed window and door assemblies were provided with operable areas to allow for increased circulation. New MEP/FP systems were installed throughout the complex. 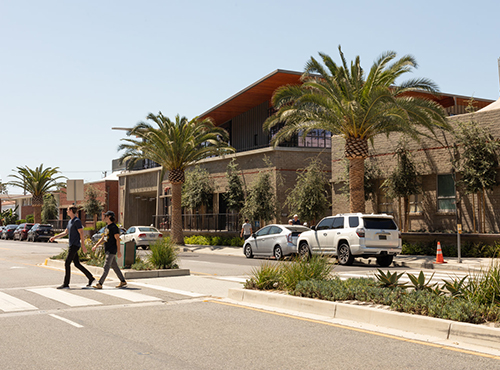 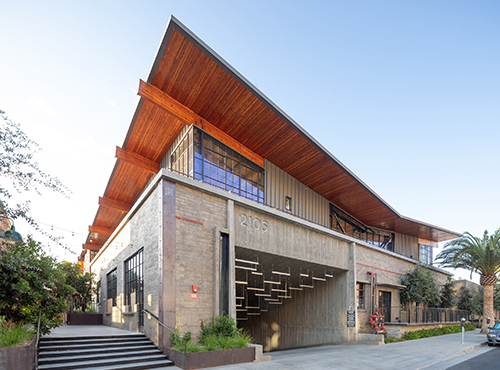 Entrance to parking structure with two-directional sloped roof, Building B 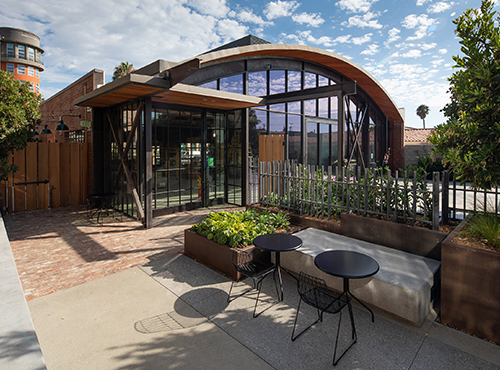 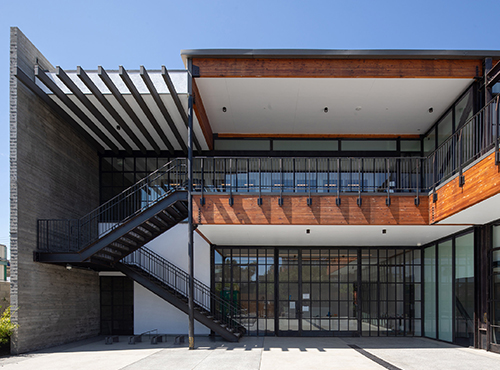 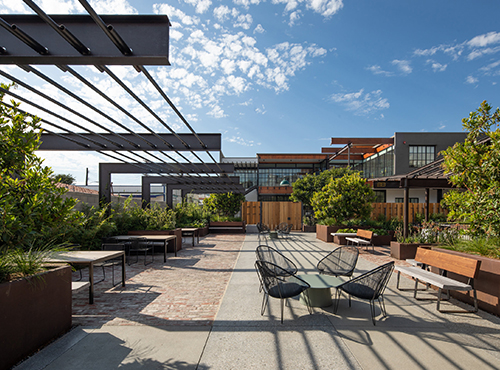 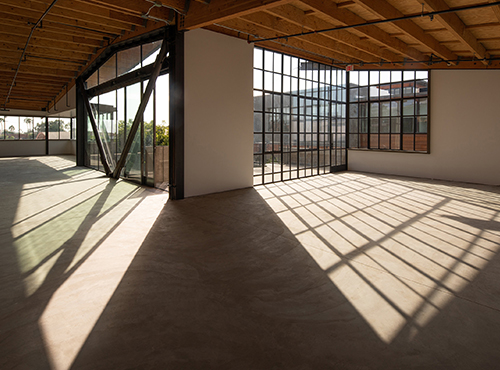