The American Concrete Institute SoCal Pankow Awards recognizes outstanding and innovative use of concrete construction in the Southern California region.

We are honored to be chosen as the recipient of this year’s Outstanding Achievement and Excellence in Concrete Construction Award for our work on the Santa Monica Proper Hotel by the American Concrete Institute Southern California Chapter!

Located in Downtown Santa Monica, the 321,617-square‐foot hotel consists of a new seven-story building and subterranean parking garage added to the historic renovation and adaptive reuse of the landmark Professional Building, a Spanish Colonial Revival building designed in 1928 by Arthur E. Harvey. The new building is characterized by curvaceous waveforms of exposed concrete and glass, while the rehabilitation of the existing structure preserves the property’s historic elevations and Y-shaped tower. The buildings connect through a podium-level bridge. The architectural concept, conceived by Howard Laks, was to juxtapose the angular forms of the landmarked building against the free-form cast-in-place concrete curves of the new building. Morley self-performed all cast-in-place concrete for the project, totaling over 19,100 cubic yards of concrete.

The geometry of the new building made it a unique project requiring complex customization and close coordination with team members. The radiused perimeters, varying deck heights, numerous columns, and core walls necessitated custom and mostly non-repetitive formwork. A tight site with minimal laydown area and the challenges that come with building and pouring concrete in the City of Santa Monica added to the project’s complexity. It was as a result of in-depth preplanning and strategic coordination with all involved parties that the Morley team was able to successfully complete the concrete work.

The scope included 4 levels of subterranean parking, 6 above-grade levels of hotel, and an occupied rooftop deck. It also included the conversion of office spaces to hotel rooms in the historical structure and a structural retrofit. Amenities include 271 guest rooms, parking for 314 cars, 13,000 square-feet of retail and restaurant spaces, 6,000 square-feet of meeting and event spaces, a 3,000-square-foot spa, and a 2,500-square-foot fitness facility. The seventh-floor rooftop features an indoor/outdoor bistro, bar, and pool area. The hotel opened in June 2019 and received LEED Silver certification.

The awards were bestowed at the annual ACI SoCal Pankow Awards luncheon on November 21st at the Cathedral of Our Lady of the Angels, a Morley project which received the Charles J. Pankow, Jr. Award in 2002. A full list of honorees is available at ACI SoCal. 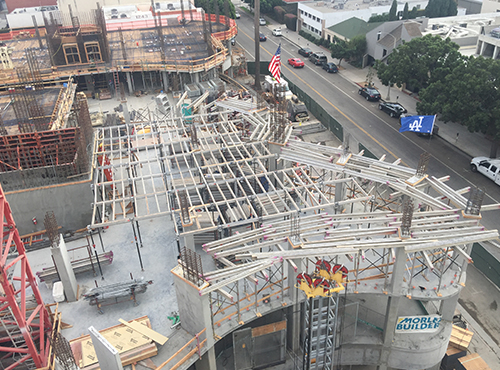 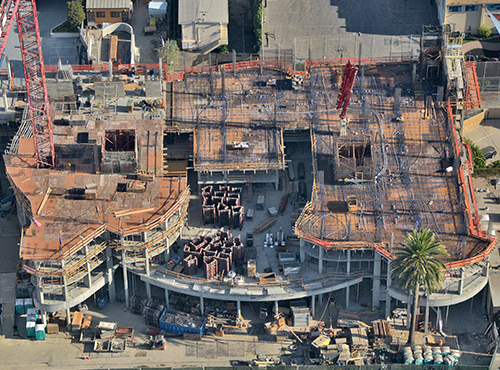 Reinforcing and preparing for first deck pours at level 5 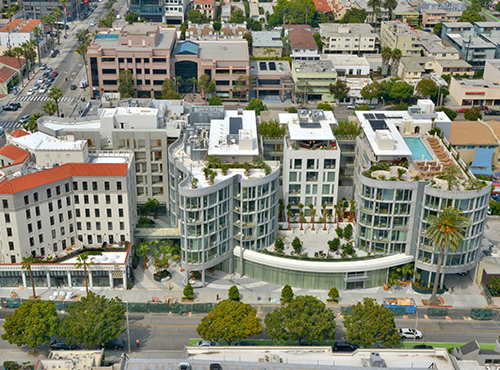 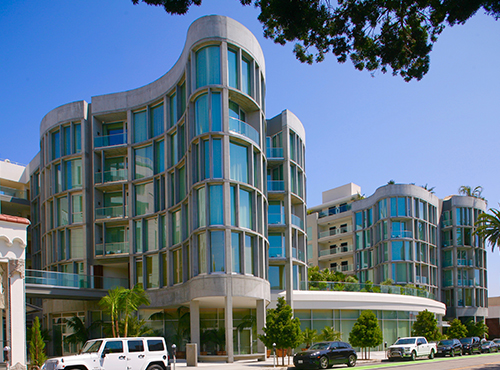 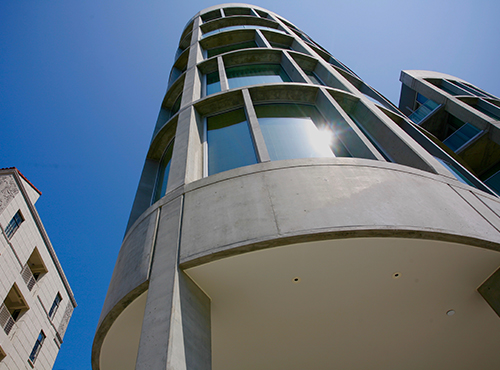 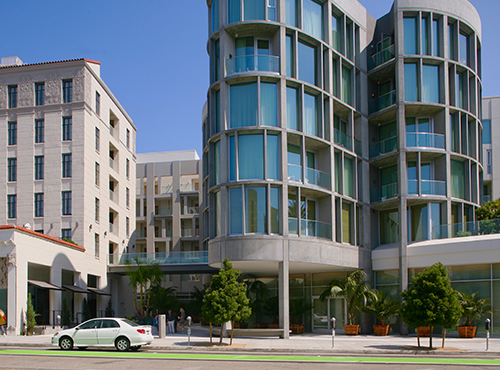