The Morley team, including President Charlie Muttillo, was in attendance at the official groundbreaking ceremony held on Friday, October 4th. University of California President Janet Napolitano and UCR dignitaries including Kim Wilcox, Andy Plumley, and Jacqueline Norman spoke at the ceremony, as did American Campus Communities Executive Vice-President, Jamie Wilhelm.

Morley’s Benchmark Contractors is providing general contracting services for Phase I, which includes 1,500 apartment-style beds across two six-story buildings. The housing will be for upper division undergraduate students, transfer students, and graduate students. The 546,000-square-foot phase also includes two seminar rooms with 32 seats each, one 125-seat multipurpose room, student lounges, laundry, 600 parking spaces, up to 180 bike spaces, and improvements to the campus entrance. The project is targeting LEED Gold certification.

Located on a 50-acre site on the northern part of the UCR campus, the project aims to provide housing for the university’s rapidly growing student population, which is projected to rise to 35,000 by 2035. According to UCR, the new living-learning mixed-use community will “enhance the vision of creating an academic experience conducive to student life.”

Subsequent phases will include residence hall housing for first-year students, new dining facilities, mixed-use residential and athletic facilities, and new campus gateways and will be completed based on enrollment growth and demand. The North District will also include traditional campus features such as a pedestrian mall, green space, various forms of sun shading, and pedestrian and bicycle connections to central campus. The project was designed by Solomon Cordwell Buenz.

The housing projects are just the start of what is one of the busiest construction years in UCR campus history with over $400 million in projects already or soon to be underway. This includes the Dundee-Glasgow project, currently underway with Benchmark Contractors. At more than 1 million square feet in building space, the concurrent projects are the largest building effort in UCR history.

The first phase of construction is set to open in fall 2021. 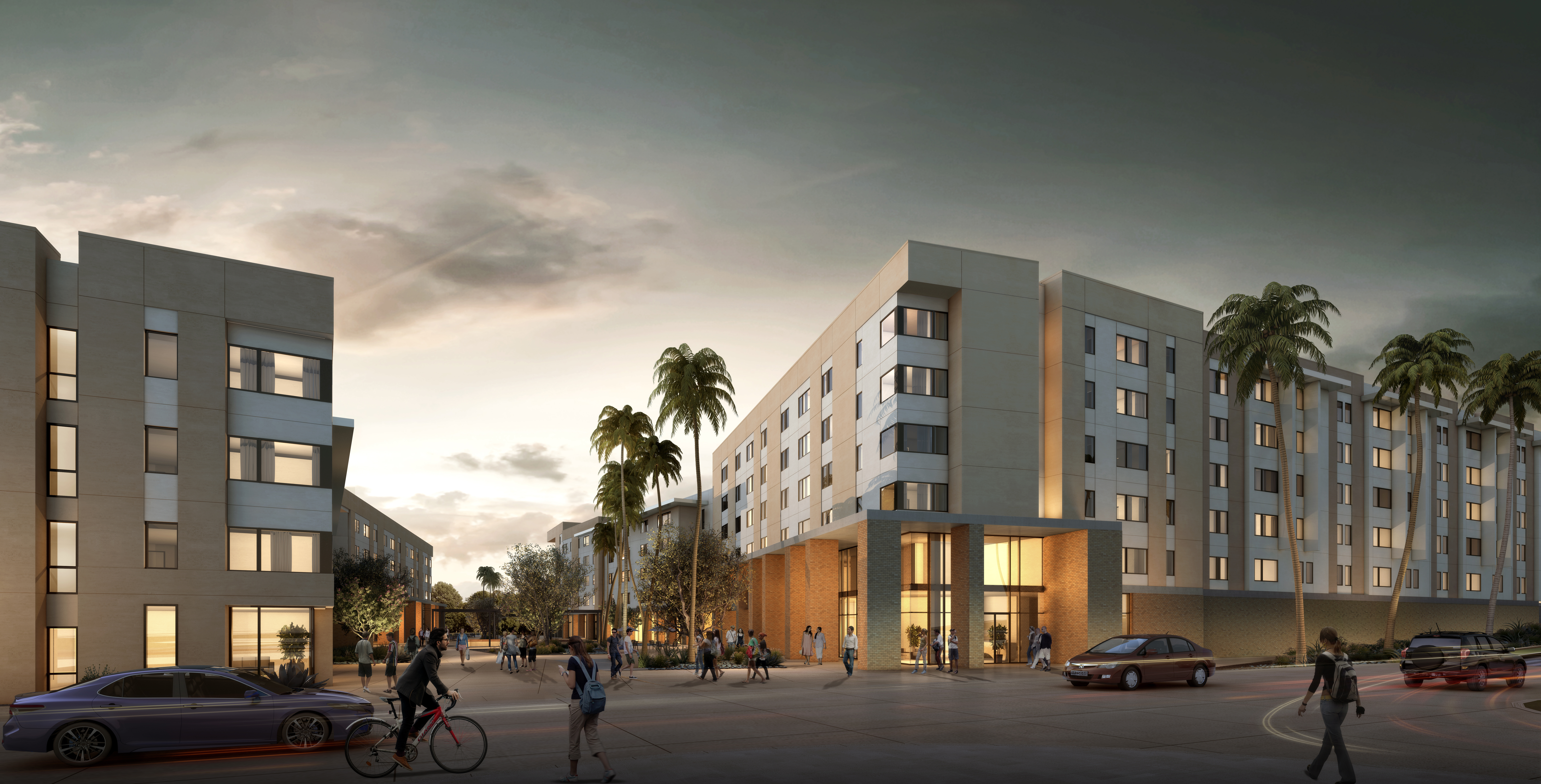